This is a separate patch for Append Set II, jg2append2_support.exe.

This is a separate patch for Append Set I, jg2append_support.exe. 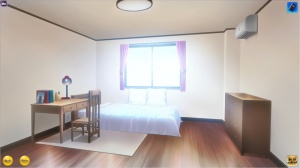 v10 new function: the day of the week 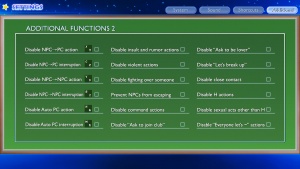 (N. B. All disable functions only apply to NPCs. They can still be used by the PC/Player even if disabled.)

(Basically you screenshot whatever you see on screen instead of the hud-less screenshot that you guys know.)

Rename the song you want to use accordingly to the list below and put it in the CustomBGM folder. (The list in the txt file correspond to the one in AA2 Wiki, I will just translate it accordingly to avoid confusion.)

Pressing the wheel button will lead to a conversation with the targeted character.