The core gameplay loop consists of the following steps.

When you start a new game, you will have limited options until you pay off your debt. Once you have paid off the $10,000,000 (Less depending on whether your Maid Type), the game will open up in full, allowing you to create new maids, purchase new clothes at the store, etc.

Your uncle (who has decided to get married) leaves you in charge of the glorious Empire Club. With your very own Maid in tow, you explore your fabulous new club only to realize that you have been left with a just as majestic debt. It's up to the skills of you and your Maid to pay off that debt and save your club!

There are seven personalities you can choose from when you first create your maid: 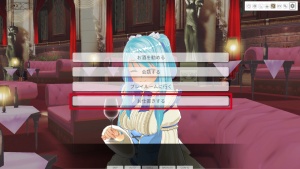 Example of the punishment option during nighttime communication (highlighted in red)

Note: You must be on the same day the maid fails her daily activity to deliver the punishment

Before you start a session with one of your maids you'll find the Empire Club Status in the top right corner of your screen. It displays the following club-stats:

Clean and Beauty are increased by having maids perform the Cleaning and Interior Decoration day activities. Higher Star-ratings allow access to more rooms in the Empire Club. Only 6 of your maids can simultaneously perform activities at the club but you can hire more than 6 maids (the additional maids will be idle unless they take the spot of another maid in the Schedule).

The Club statistics required to increase the Club Grade are:

Note: Use BODMAS or PEMDAS math rule to do the calculation for the club grade formula

You only start off with the default 5. As the grade of your club increases you'll unlock more rooms. There are 23 rooms in total. Some skills are restricted to certain rooms:

When the requirement of a maid class or night/yotogi class has been achieved, you need to unlock it by going through the Maid Exam which are held once every 10 days if the player hasn't paid the debt yet. Once a day-type Maid class is unlocked, new maid uniform will be unlocked too. 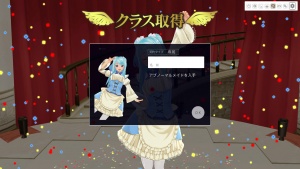 Dance is one feature in the nighttime, you can invite a maid dance the song for entertain. And some song you can invite up to four maid for dance on the stage. 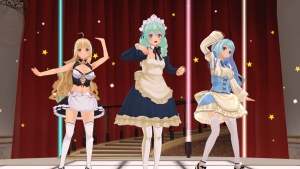 Maid dance will make you enjoy on a boring day.

Marriage is a new feature from Plus Act 2, in which you can marry a maid that has either Lover or Love Slave relationship. If the maid have enough Impression for obtain Bride or New Wife relationship, you can propose marriage to your maid. There is no limit on the number of wives you can have, you can marry as many maid as you want.

Honeymoon is a new feature from Plus Act 3, in Plus Act 3 you can advance a maid relationship from Lover, Love Slave or Bride to New Wife status for unlock new content. After that game will be unlock new activity Honeymoon in the schedule for honeymoon with your maid.

Vacation is new feature from Vacation Pack VR, which the vacation mode that players can play without VR headset. Inside the vacation you will interactive with your maid while doing activities within this mode. for example explore, karaoke, gardening and etc. This feature you have purpose of searching DVDs and Nei USBs for unlock more feature and enjoy your vacation with maid.

Maid Battle is an expansion of maid exam, where your maid will compete against NPC Maids based on specified stats. Completing the stat based criteria of a maid battle will award you with obtaining the NPC Maids as Rental Maids. 50,000,000 CR is required to unlock the Maid Battle feature.

Empire League is the continuation of Maid Battle, in which you confront with other maids from the other maid clubs, paving your road to become the best maid club in the district. Rather than having a maid battle against single maid per stage, you are given 4 maids to choose from. Defeating the top maid will always allow the player to advance to the next league thus usually makes the maid in question available for rent. Similar to Maid Battle, each battle can only be run once per day, winning condition is determined by the maid's three day stats (Sweetness, Elegance, Charm) with extra club's two stats (Clean and Beauty), but there is an option to skip the Battle scene if desired.

Note: The Clean and Beauty requirements above are still pure speculation and needs to be changed and confirmed.

Winning the Maid Battle against the NPC Maids allows you to rent them as your Rental Maid. Rental Maids can performs tasks just like normal Maids can, except that you can't do night services with them or can't edited in Maid Edit. After you rent her around 10 days or trigger event 3 times with them Rental Maid VIP will be unlock, and you can rent these maid for 14 days only.

User maid is one feature in Plus Act 3, you can meet the user maid during "Hang around" in honeymoon trip. After you met them you will see exclusive trigger event from user maid. And all user maid is winners from Bridal ID Grand Prix.

After you pay off your debt you will have access to the shop. There you can use your earned funds to purchase new clothing, hairstyles, and accessories. Unlockables clothes required to be purchased from the shop but currently most of the DLCs don't have to be purchased. 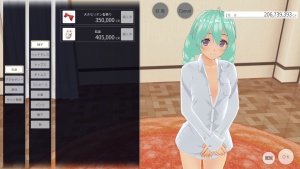 Clothing and accessories will become available after fulfilling certain requirements, like completing achievements or increasing your grade club or raising a maid's stats to a certain level.

Free Mode allows you to replay triggered Events (including a number of H Events), VIP Events and unlocked skills in Night Service that has been unlocked for each maid. 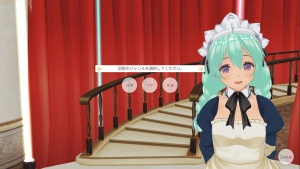 Events are in-game cutscenes that are automatically triggered when certain conditions and requirements are met. (Not to be confused with VIP Events, which is a scheduled night activity).

Note: That not all events are available in Free mode for replay. For example, all non-h-scene events, maid x NPC events and limited time events.
Tips: For Valentine Event, if you're playing a new save or first time playing the game, you can trigger the event by readjusting your computer date and time to February 12th, 2016. Note that this only work for new saves so any saves that already triggered this event will not be triggered again.

With desk customization, you can decorate your desk up to you liking. You can also set certain items to appear only on specific months. 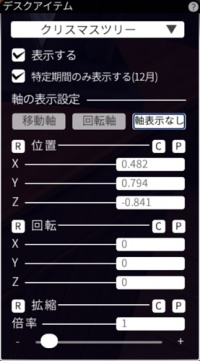 Photo Mode is a new feature that allows you to do screenshots with your maids. After patch v1.34, photo mode add new feature "Pose Edit" that feature make your edit maid posing and save pose(.anm) from your edit in photo mode.