From Hgames Wiki
Revision as of 10:49, 6 July 2020 by Vinir (talk | contribs) ((TLDR; Translation error) Ryuuka Aka gives no results, but 琉花 あか (aka Ruhana Aka) is an alias of Ousaki Chiyo. Listening to any of her soundreels or voiced characters, you can 100% match it to the Stoic voice lines.)
(diff) ← Older revision | Latest revision (diff) | Newer revision → (diff)
Jump to: navigation, search 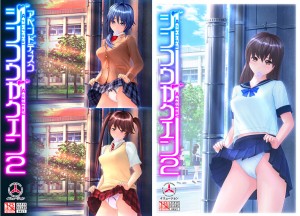