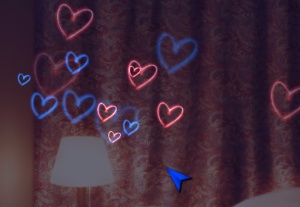 Hearts when moving the mouse.

Switches between the active and the passive character during lesbian H

This lists the requirements for getting sex in ascending order according to virtue. The higher the virtue, the more requirements must be met.

Sex inside the Love Hotel

You can also initiate sex more easily with characters who have low virtue, the "Exploitable/Weak/Blackmailable" trait (by Forced sex), and other modifiers like the Lewd/Perverted trait. Refer to here for more info about the traits and their modifiers.

At "Great" or "Perfect" H compatibility a pair will like even positions that don't match their preferences, although it still won't increase the compatibility faster.

H Compatibility increases slowly with every H and will increase faster by choosing positions which match sexual preferences.

Though H-compatibility doesn't directly affect Love, Love increases when a partner's preferences are satisfied. The Ahegao state doesn't grant any additional increases, but does increase Love.

H Compatibility between two characters will sharply decay unless they are lovers and keeping it up with more than 2 sex-friends is almost impossible. 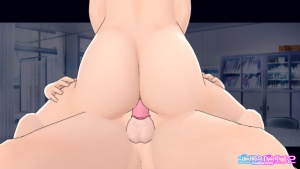 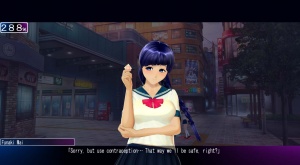 Condom is a usable contraceptive in-game. It prevents a girl's impregnation on dangerous days. Its use is determined by specific conditions that can not be directly influenced by the player. Sex outside of secret places provides an unique dialogue scene while inside has no indication at all.

The following are the requirements of condoms being used:

Since game update v7 it is possible to force or disable condom use in the configuration menu. Forcing condom use will enable it even inside secret places.

You'll find some places which you can only enter when a Character is following you. These locations are shown in purple text and sex is automatically initiated when you enter them. However, sometimes your follower may refuse depending on mood/relation. Different rooms will use different environmental objects during H. 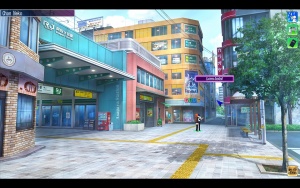 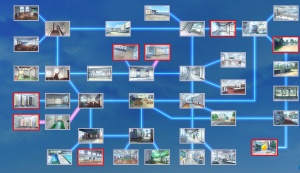 Note: Passing through toilets and showers of the opposite sex to reach the private rooms may surprise, shock, anger or excite the occupants if you aren't escorted. A partner who escorts you in will not escort you out, so take care to move quickly when done.

Private Rooms can be shared. If you see a couple going to a room, it is possible to enter the room with your partner.

Every character has will offer dialogue depending on how you had H. Girls have more lines than guys.

Below are the conditions and the scenes given by the girl you have done sex with:

NB There can be other comments than the ones listed. These are not always given, especially if more than one of the situations occur.