BepInEx is a patcher/plug-in framework for Unity games that use Mono as their scripting backend. It can be used to load and run plugins other than the official plugins that are included in the base game similarly to Sybaris.

While Sybaris generally works well, BepInEx is a more modern framework and actively maintained framework. This means that it is regularly updated and in case of issue, it is much more easy to contact developers or report your issue as all the code is open source and publicly available.. The community will also be able to help you more in case of trouble with BepInEx.

BepInEx AIO (All In One) is a pack that bundle all the necessary BepInEx plugins and tools to start using BepInEx in COM3D2. One of its main features is that it comes with plugins to load and use plugins made for Sybaris II and UnityInjector. BepInEx AIO also bundle a migration tool that will convert your Sybaris II install to a BepInEx one. 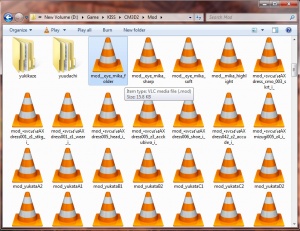