This a general illustration for those looking to install and update the game from scratch. If you are new to the illusion scene, most would recommend you to obtain a certain repack that will take care of the process for you. View the discord for help. For those determined to manage their own installation feel free to proceed.

With the release of HS2 and cross compatibility with AI the number of patches has become more complex. This hopes to list every official patch released and their dependencies that's needed to fully update either AI or HS2. This will be updated (generally within a few days) as new patches are released. 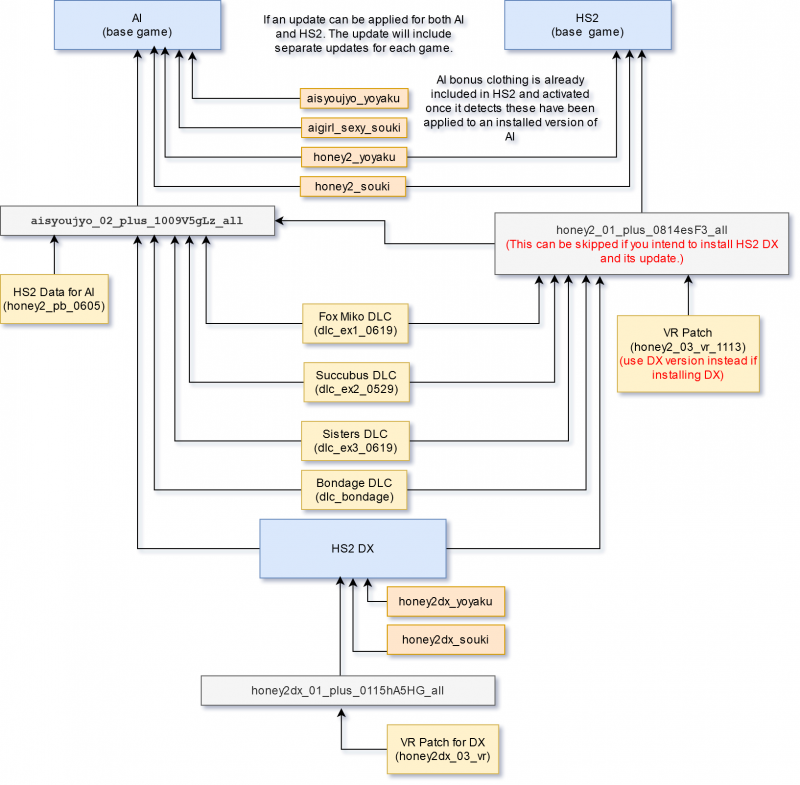