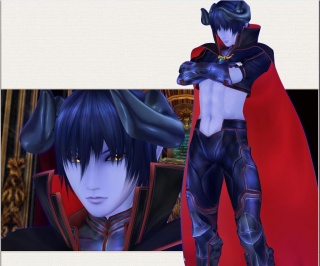 The main character of the game, Saga is the Demon King that was sealed away in the past. He has broken free of his bonds and does not plan on ever being imprisoned again. He must escape from the five heroines which are pursuing him long enough to regain his full power.  He is still capable in battle the way he is, but he relies solely on dark sex magic to regain his powers.

Being a demon, Saga is susceptible to the holy sex magic used by the heroines.  If defeated in battle, a heroine may suck his strength by causing him to ejaculate. 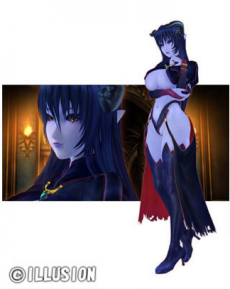 Sefi is always at Maou Saga's side and serves him by offering sex after his battles.  She possesses powerful dark sex magic that can empower Saga or restore his lost strength.  Their relationship is on the comical side and she treats him with obvious disrespect on many occasions.  She is playful and sadistic, and loves to tease her King every chance she gets. 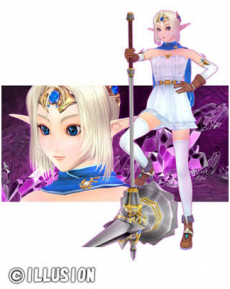 Eclair is a young elven princess and perhaps a bit naive. Her father was one of the heroes that participated in the last revolt against the Demon Lord.   While Eclair is quite small and weak looking, she possesses a strong soul and fighting spirit. She now faces the possibility to fight against evil and wields a large battle hammer for combat, proving there is much more in her than meets the eye. 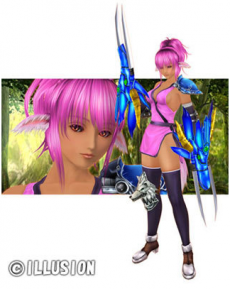 Viara is the daughter of a powerful and wealthy wolf clan. She is part wolf and possesses lupine ears and tail. She is skilled in martial arts and has had many years of training. She is always calm and passive. Viara wields two giant claws in each hand and fights with agile grace. 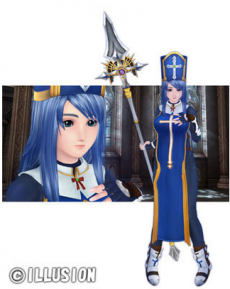 Ennis is a priestess whose one wish is for world peace. She devotes her will and life to taking care of the world. She has a very compassionate heart and wishes to redeem the Demon King instead of resealing him, that is if she manages to defeat him in combat. Ennis wields a steel pointed staff in combat which strongly represents her devotion to religion, as well as her combat prowess. 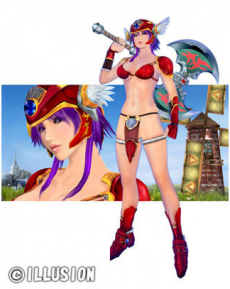 Mimas towers over most of her opponents and her sheer size is enough to intimidate the bravest of warriors. She is a tomboy at heart and doesn't care to wear feminine clothes. She wears little armor to protect herself, but perhaps that's all she needs.  Her dream is to be beaten in combat by a man and marry him, but so far no none has come close to defeating her. Upon hearing about the Demon King's reappearance, she set off to fight against him, possibly seeking his hand in marriage. Mimas wields a gigantic battle axe in combat, showing that she possesses great strength. 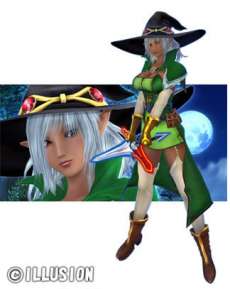 Ruidia is a 117 year old dark elf sorceress, but due to her elvish nature, she retains her youthful beauty. She participated in the last revolt against the Demon King and has met him face to face in the past. She possesses a strong spirit, and will never refuse to help when asked. She is performing research on the Demon King, and pursues him to gain more knowledge of his existence. Ruidia wields two magical daggers in combat and fights with quick and deadly precision.