From Hgames Wiki
Revision as of 06:47, 9 March 2012 by BryghtShadow (talk) (Using div to float image to the right, as opposed to a table. Using list for the system requirements)
(diff) ← Older revision | Latest revision (diff) | Newer revision → (diff)
Jump to: navigation, search 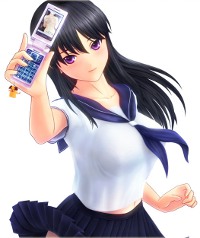