The Temple of Trials (古代の試練場) is a Difficulty ★ dungeon in the Central Continent. It is accessible at the beginning of the game.

The first area of the Ancient Trial is a safe "lobby" area with a fairy that provides healing. It is very useful if your character needs to perform actions that can only be done in "dungeon" areas but you don't want to fight anyone. In the deepest part of the lobby is a teleportation device that takes you to the actual trial.

There are two different layouts (see the maps below for reference) possible. The trial either requires you to survive for a minute or sacrifice a random number of souls (10-18). Note that the souls have health-draining attacks that ignores your defense, and it is advisable to equip anti-draining equipment or just stay far away and kill them with ranged attacks. You will be returned to Ray-On Village's inn if you fall during the trial and both your weapon and armor/cloth will be damaged.

Once you fulfill the trial's requirements you will be teleported to a rest area with two chests. At the southern end of the rest area is a sigil that allows you to save your game if it's not broken (this is randomly determined). The sigil to the north allows you to undertake another trial or exit to the world map. 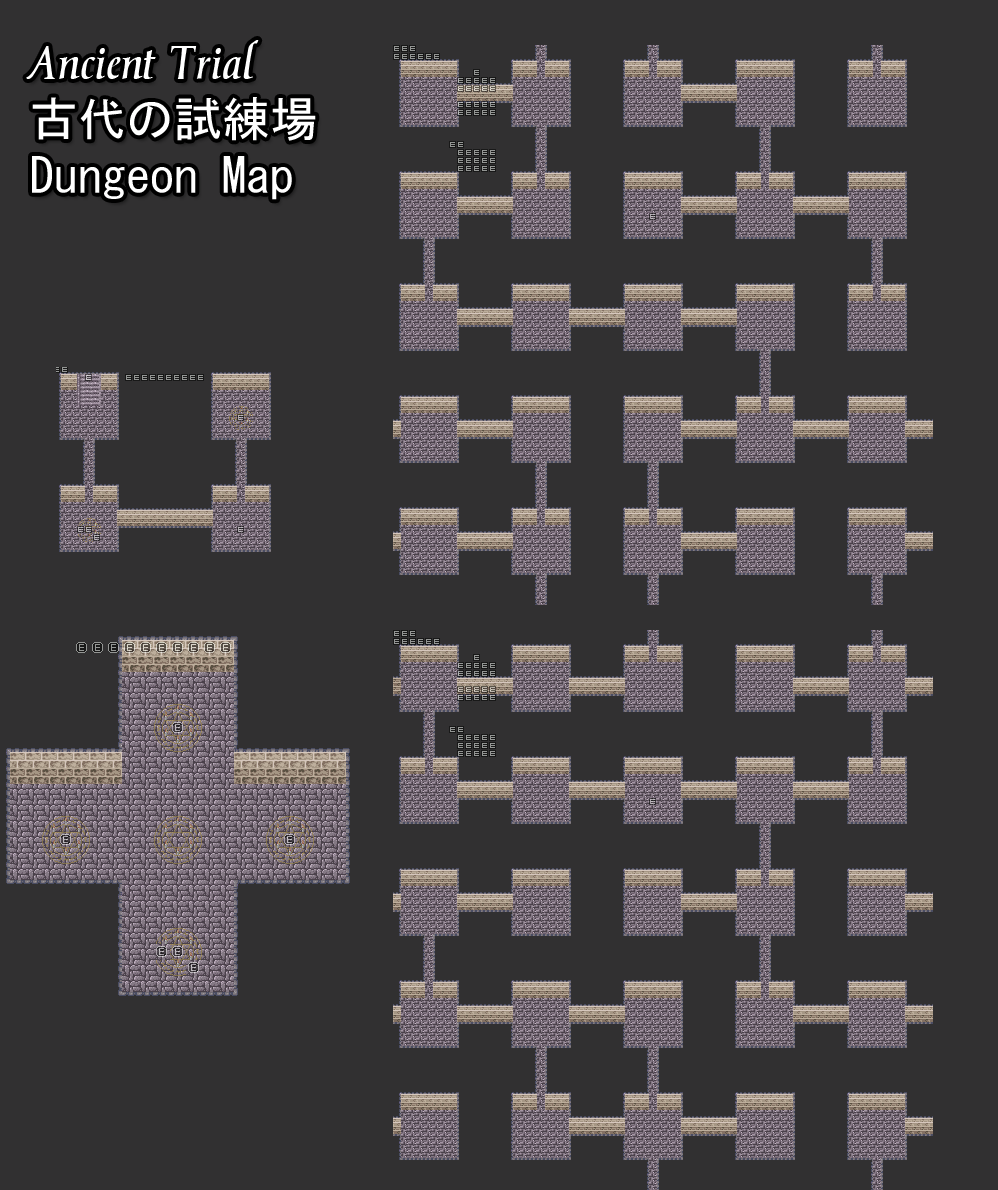