Character creation must be done outside the game. As with Artificial Academy 1, the character creator AA2Edit (aka. Maker) is an extra piece of software.

The point of view angle depends on the character's height. Rainbow characters will also blush.

Custom character cards (for visual effect only) can be given to anyone using the unlocked maker. In this case you can see their true sexual orientation in the class roster as their background in those small images is not affected.

The pose changes at certain times when you have chosen a personality and then click on something else that customizes the girl. Please note this only applies when you begin to adjust stuff on the character; they then enter the "Adjustment Pose" which is as follows:

Males seem to be identical in the adjustment pose regardless of personality; it's most like the Playful type.

A girl's breast size has effects on dialogue when using the

This is comparable to the academics stat from AA1. This determines base starting Wisdom, an indicator of how smart the character is, and how well they will do on tests and exams. Smarter characters may potentially be more liked by teachers and characters with the "Class Prez" trait, as well.

This is comparable to the athletics stat from AA1. This determines base starting Strength, an indicator of how strong the character is during sports, club activities, and sport competitions. Combined with fighting style, it also determines how well the character can fight. It also has an impact on movement speed, but not as huge as it did in the first game. 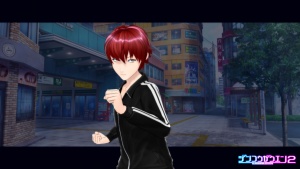 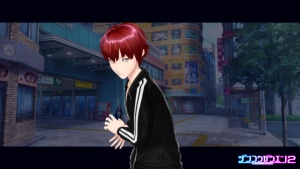 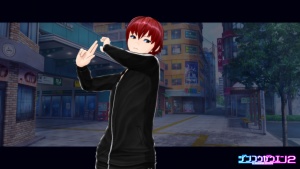 After update v11, lowest sociability characters may sleep following the morning class, making them unable to interact or be interacted with during the entire time period.

The main impact of the virtue is the sex acceptance.

Virtue also sets the difficulty rating for "Hug", "Kiss", "Touch", "Ask on a date" and "Let's be lovers". Characters with high virtue are more serious about romantic/sexual matters unless they are lovers while low virtue characters are more casual about those things.

Finally, virtue determines how willing are the characters to have public H, as well as whether they will continue or stop if seen (see this table for details)

Orientation defines whether or not a character will have sex and date guys, girls or both. Sexual preferences are ignored when using the "force" options. Characters' horniness will be less affected by physical contact with characters further from their orientation. If you're incompatible with their sexual orientation they will sometimes state that they're not interested in your gender. Unlike in AA1, there are now five sexual orientations to choose from:

"NOTE" Hetero,Homo character cannot gain like point but it still generate dislike from fail friendly interaction. If you stuck with status "Don't known" (よくわからない) it mean you not gain enough like,love,dislike,hate to decide what relationship will be.

position for the first time. Unlike in AA1, a vaginal virgin can now climax on their first time.

The text typed here can be seen in-game at the Jizou Statue behind the dojo when you view a character's specific statistics. It can either be an actual biography for the character, or you can simply write the character's traits and preferences if you wish.

Using the maker, each created character gets assigned 3 trading-items(one for lovers, one for friends and one for sexual relationships). These items can not be traded directly. However, at some point, any NPC may ask you to trade. Depending on your relationship, they may trade their friend item or their lover's item with you. All item have no use besides trading (as confirmed ingame). If a character transfers out of the class the traded items stay with the person still in class. Likewise the items the transferee has vanish from the classroom. By transferring students after trading you can technically have multiples of the same items in the classroom.