If you want to avoid jealousy there is a way to make your love life secret with no status change and also get full interactions with every character.

Note that your lovers always comment about the possibility of you cheating after you did sex with the other girls even if nobody tells them the rumors but this has no impact on your relationship. 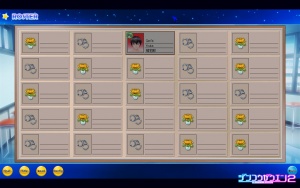 A whole class that got killed or arrested

There has been a lot of interest in murdering using a character with an Evil trait. There are three rules for murder and surviving it.

The key point of murder is to set a death flag by accumulating Hate points. The chance and kill priority get higher by the amount of Hate points. Once an Evil NPC leaves a death mark on the character(check in Jizou statue), the murder is set to happen, but it can be avoided in several ways.

Note that in larger classes killing someone will be harder due to the number of people interrupting the killer.

To kill your lover, accumulate enough Hate points to set a death flag and switch to another character. The former PC will eventually kill the lover at some point.

To kill NPCs around the lover, spot their cheating to set a death flag, build Hate points on the target and switch the character.

Set a death flag by making Evil NPC close enough to be a lover with the target, and let them get into Hate relationship. The way of establishing relationship is up to you.

Switching to the character and playing the role might be the easiest; but according to players, the fun point is scheming the whole scene behind. 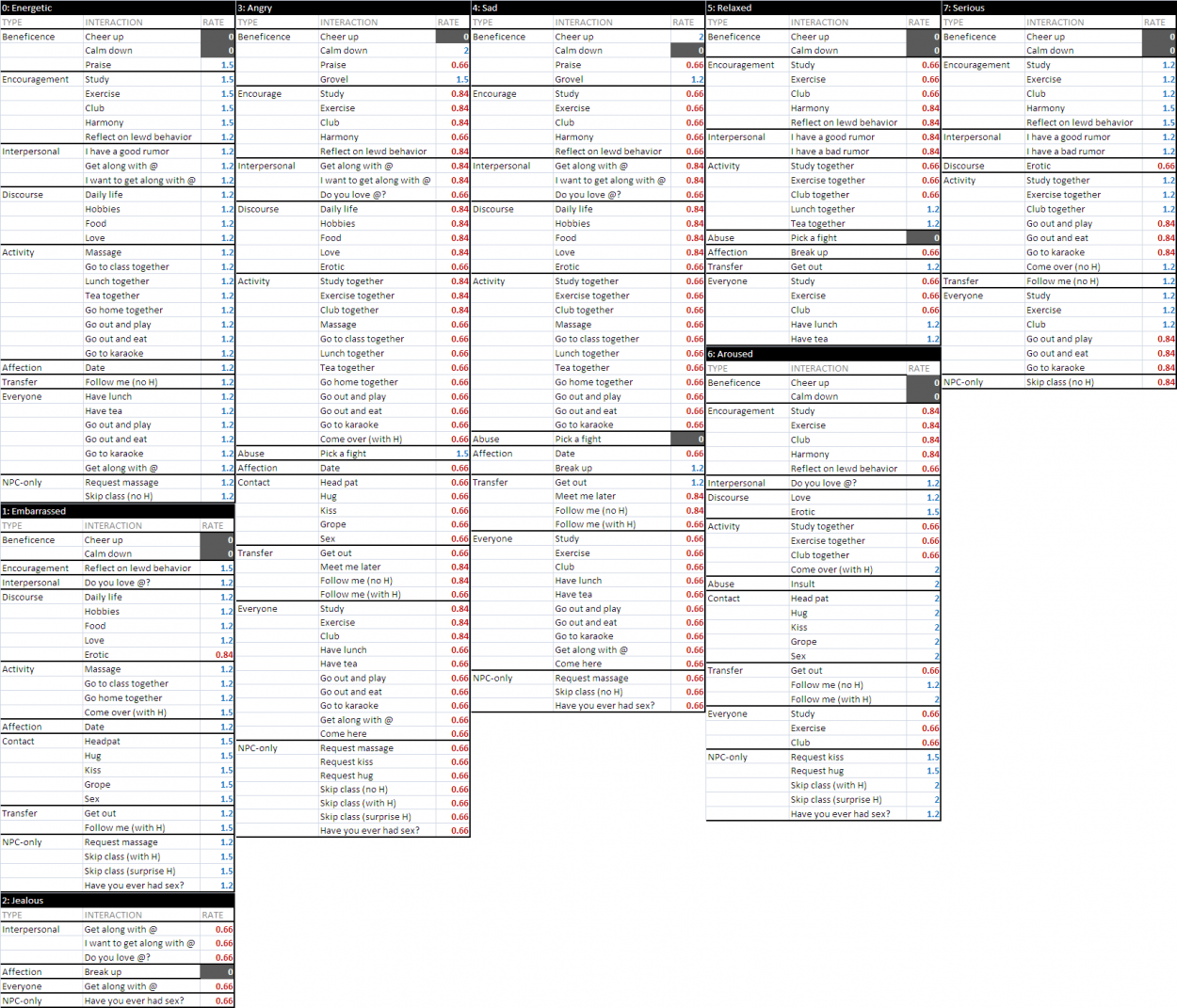 You can pause the game either by clicking on Map-Select, or Character-Select you can walk away from the game and it will be exactly in the same place when you press the "back" button.

During H, toggle the - underscore/hyphen key - on the PC keyboard and the position of the character on the screen will not change when you repeat the same action. If you go to a different action, the action will be oriented to the placement of the floor in the last action. This is helpful if you want to repeat the same or similar action with the characters in a special screen position, or if you want to position the couple with the furniture in the Love Hotel or at Home.